Jens is a Swedish Artist & Designer, based in New York. His work can be found on packaging, posters, and billboards. Sometimes even buildings, after working on the launch of three iPhones — most recently iPhone 11.

First question: Do you consider yourself a freelancer or a founder?

Both. I founded a company while I was freelancing because I love to see both sides of it. On one side I'm helping other companies with their design, and on the other side, I'm running my own company and everything that entails, while also being the designer for it.

How did you first get into graphic design and how has your skillset and interests evolved since then?

I was working in Stockholm, Sweden as a photographer and retoucher for a couple of years. I eventually wanted to try something different, as it became quite repetitive, so I applied to an advertising school there called Berghs School of Communication. I got accepted to their Bachelor's program, and after the first few weeks, you had to make a choice between copywriting or design/art direction. After Berghs, I went on to study at the Academy of Art, and later the School of Visual Arts in America. Coming from a photography background, the design felt like the natural next step since you can apply a lot of the same principles.

I've picked up a lot of skill sets and interests since then, including everything from learning metal welding, coding, motion graphics (2d and 3d), and running a company to creating global advertising campaigns. It's important for people to try a little bit of everything and see what sticks. I often think of skills a bit like the movie Slumdog Millionaire — you experience and learn all these skills throughout life, and you end up needing them at the most random times later in life.

Most recently, you helped with the launch of Apple's iPhone 11. Can you tell us about your experience?

Yes, it's been a blast. We're actually quite a small team working on it, and most of us take the lead on specific parts of the project. Everything from the packaging to billboards. I think a lot of people don't realize how small the teams are since Apple is one of the largest companies in the world. It helps to keep us nimble and staying creative. Once the project was launched in September, you end up seeing it everywhere you go, since Apple has billboards, stores, and carrier partners all over the world. It's probably the biggest marketing campaign in the world every year, which is crazy, and I'm very grateful to have worked on it twice now (iPhone 8 & iPhone X launch in 2017, and iPhone 11 in 2019). 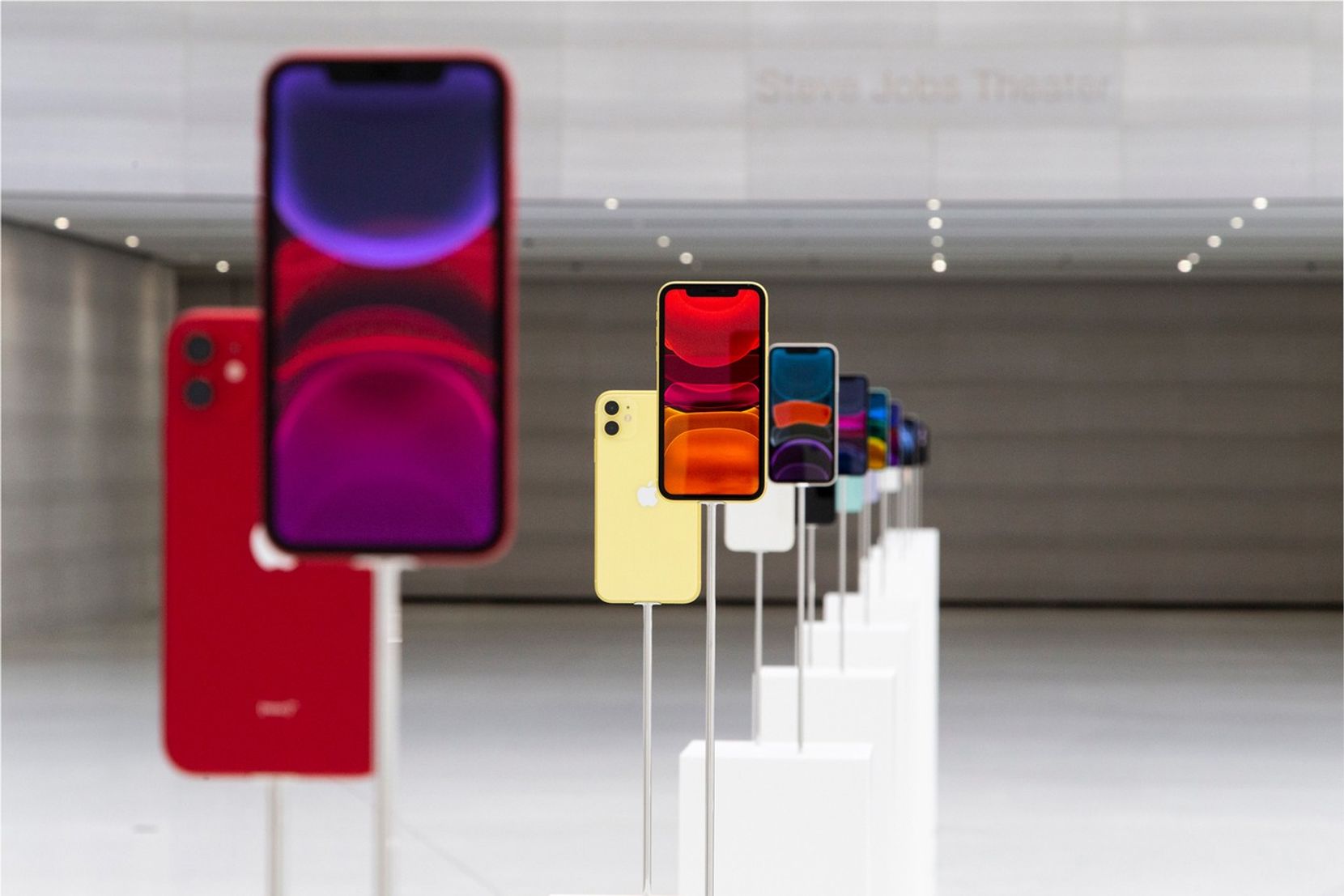 “It's important for people to try a little bit of everything and see what sticks. I often think of skills a bit like the movie Slumdog Millionaire — you experience and learn all these skills throughout life, and you end up needing them at the most random times later in life.” – Jens Marklund

You're also the Founder & CEO of Lindlund. How did that company and product come to be?

My co-founder, Axel, and I have always been doing a lot of side projects together. We're both very methodical. When we both lived in Brooklyn, we were staying in the same building, so we would do a lot of DIY projects in our apartments. Eventually, we wanted to create something we could share with other people — something that didn't already exist and would help others.

Our first idea was to create a beautiful and practical ladder. In New York, a lot of people live in tiny apartments, and we tend to store things on top of shelves. We found ourselves borrowing our super's ladder so often that our apartments became the ladder storage room. Ladders you can buy today are either functional construction ladders or beautiful wooden ladders, that you're meant to hang your blanket on as a decoration. After creating 3 prototypes of our ladder, we realized shipping them all over the world would be too expensive for the customers, so we had to go back to the drawing board.

Our second idea for a product was to create a highly functional backpack. The idea was to have a type of desk organizer, that would perfectly slide in and out of the backpack, creating a portable office environment. The next day we went to the garment district in New York and purchased a couple of yards of waterproof fabric, straps, loops, velcro, and thread. We ordered a sewing machine, and a few days later I had sewn together with our first prototype. Once we started looking into manufacturing, we realized that even a very simple backpack is very complicated to manufacture. Ours, while minimal, was quite complex to manufacture due to its rigid construction. Back to the drawing board.

The third time's a charm. We never wanted to create a product that we ourselves would not use. So what do we use on a daily basis, that could be improved and is easy to manufacture? This is how the Lindlund ruler came about. In our lives as designers, we had all these different types of rulers for different measurements. We sketched out a design that would incorporate 4 different measurements, twice as many as the standard ruler. Our first prototype was made in cardboard as a proof of concept. Once we figured out the size and final design of it, we went to a laser cutting shop in Brooklyn to have five prototypes cut from a sheet of metal. After that, we went back home to polish them, and round the corners by hand using sandpaper. We happened to live next door to a place in Brooklyn that does anodize (coloring), so they allowed us to put our prototypes in with some car parts they were doing to save some time and money.

Once we were happy with the prototypes, we had to create the entire brand and story behind it. We had set a date to launch our Kickstarter, but before that, we had to create a launch video, photography, packaging, copywriting, animations, finances and pricing, design ruler measurements, calculate the shipping cost, manufacturing cost, color samples, and so on. During the process, we had also reached out to a few dozen well-known designers and asked for their input on what they loved about their favorite ruler. Everything came together to create the Kickstarter. We launched on a Tuesday, and by Friday we had already reached our $10,000 goal. At the end of the project, we had sold rulers to over 46 different countries, over 3000 rulers, and been featured on sites like Wired, Fast Company, Dwell, and The Verge. 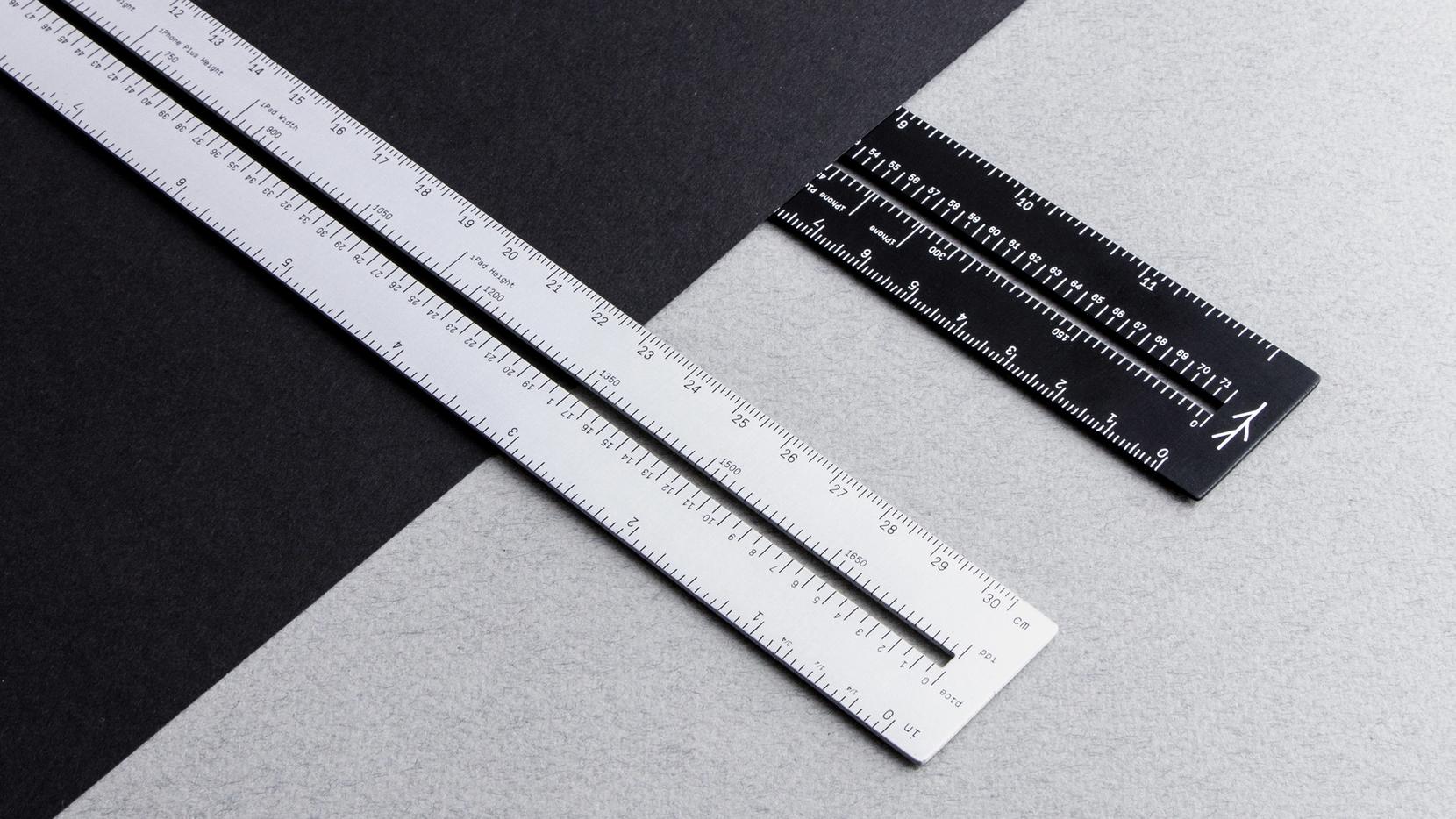 When you're not designing or launching products, how do you spend your free time?

When I was in New York I would walk everywhere. I listen to a lot of podcasts, so I like to explore different parts of the city on foot. Now that I'm staying in a suburb on the west coast, I have a bike since everything is a lot more spread out here.

When did you decide to go full-time freelance?

At the time I working at a studio in Soho, New York called Sunday Afternoon. The guys running it are like family to me, and we have been working together on and off for a couple of years. When Apple approached me to come back and freelance as a Senior Designer for them (I had been there in 2017, working on the iPhone 8 and iPhone X launch), it was hard to say no. Less than a week later, I had packed my bags and moved to Silicon Valley.

How do you find and maintain your clients?

I've gotten clients through referrals from friends, previous teachers, and once my friend Danae even got a client for us by losing her wallet. The client found her wallet, contacted her on Facebook, and while looking her up realized she was a designer — which the client happened to be looking for, as they were starting a skincare line. I've also tried to be better at following up with clients to keep me in their minds for future projects — and sometimes I reach out to fellow designers to see if they have any projects coming up.

Where do you look to for inspiration?

I go through periods where don't look at inspiration at all, and some when I do look at inspiration. I think it's easy to subconsciously take too much inspiration from projects you've seen, which is a big no in this industry. Then there's the line between a design style and a specific person's work. It starts with someone doing something new, then other people start doing it, and eventually, enough people are doing it that it becomes a style. Now is everyone just ripping off the original designer? I guess in a way they are — you could also call the original designer the creator of the style. To answer the question. When I do look for inspiration, I usually just save things I like on Instagram. I feel like people and design studios are using it more and more as a portfolio these days, and I'm sure their Instagram gets a lot more project views than their actual websites now, so I tend to use it as the place to show my work and collect inspiration.

What is one project that you've worked on that really pushed you creatively?

I think any project where the client trusts you completely and allows you to be creative. You'd be surprised how many clients have strong opinions on design. It's funny, cause you never hear anyone telling their dentist or a plumber how to do their job. When it comes to design, everyone and their friend have an opinion.

Based on the bigger companies I've worked with, I'd say that Apple is the one that pushed me the most. Everyone you work with has a design background, and a lot of people ran their own studios before coming here. Being your own client is pretty great. Outside of that, I would say that the Young Guns branding we did for The One Club for Creativity was very open-ended and creative. They trusted us and let us do pretty much whatever we wanted. So we made the award magnetically float, and based the entire project around elevating your work.

What's one piece of advice you'd give to aspiring creatives looking to go full-time freelance?

Start taking on freelance projects, while you're full-time at a company. Once you start having to turn down clients due to time, then you can think about going full-time freelance. Keep in mind that there are slower seasons in the year. So even if you're overbooked the entire summer, doesn't mean that the winter is going to look the same.