Jordan is a graphic designer and front-end developer based in Brooklyn, NY. He loves using the basic elements of shape and color to creatively explore design problems.

First question: Do you consider yourself a freelancer or a founder

Freelancer — I operate solo and have never really considered my work to be a separate entity from myself.

Can you tell us a little bit about your career up until this point?

I began freelancing as soon as I graduated from university 9 years ago, and I’ve been self-employed ever since. I initially worked exclusively in print design and made art of a more physical nature as a hobby. My design work expanded to include web design and development out of necessity because I needed those skills to create the kind of projects that interested me. And my art moved more to the digital realm and actually became a part of my job, rather than just a hobby, as the line between work and play blurred.

How did you become an artist and a graphic designer?

I started out in film — editing in particular — around the time I was 12. That’s the first time I ever started creating things artistically. I went to university specifically for film, but it was there that I switched to graphic design and non-film visual art. Film requires so many resources and people, it can take ages to get to fully express what you want. I realized that with graphic design, I have the same tools and resources available to me as any of the pros or most famous designers; the fact that I’m only limited by my own ability and imagination pushed me to pursue this field. (I do still love video editing though!)

“I mostly find inspiration from consuming other art, but not just art in my field. A lot of times photography can be very inspirational for me because a lot of my work is an abstraction of people in motion or architecture and photography naturally lends itself to capturing both of those subjects.” – Jordan Dale Young

What has been your favorite or most memorable project in your career?

I made a business card a couple of years ago with an owl perched on top of books. It was a short and simple project, but the thing that really made me love it was the execution by the printer, Mama’s Sauce. The client wanted to incorporate a passport allusion to the card, so we had gold foil pressed into this dark navy blue. And then the back of the card used a gold metallic ink. Rarely do I feel like the physical end product of something I designed matches or exceeds what I envision in my head, but they did such an extraordinary job. I love working with printers where it’s clear you’re collaborating with another artist.

Where do you find inspiration for your designs?

I mostly find inspiration from consuming other art, but not just art in my field. A lot of times photography can be very inspirational for me because a lot of my work is an abstraction of people in motion or architecture and photography naturally lends itself to capturing both of those subjects. That being said, other graphic designers and illustrators are hugely influential to me. I engage a lot with other artists on Instagram and sometimes like to find ways to collaborate. Their work really pushes me to get better and stretch my imagination. 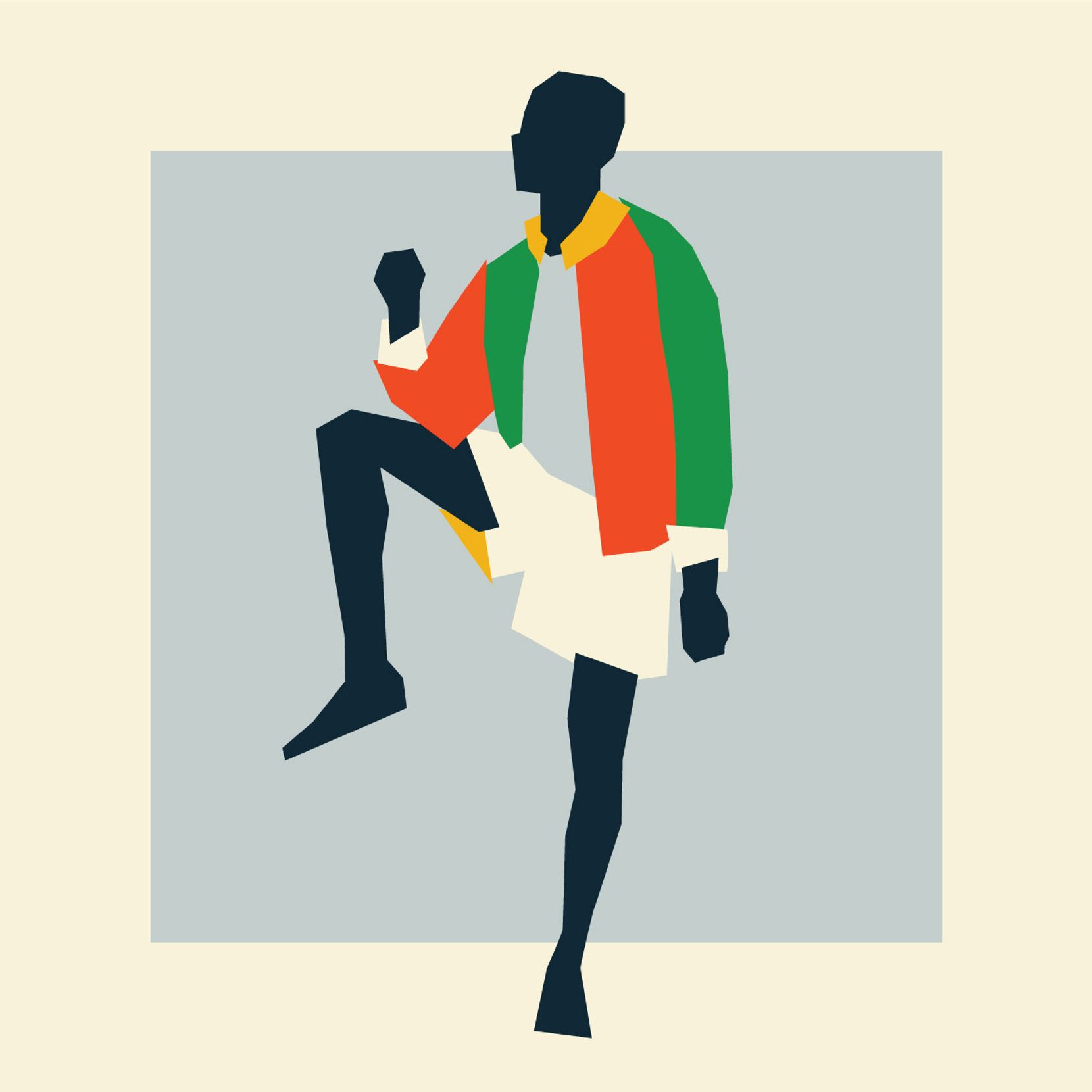 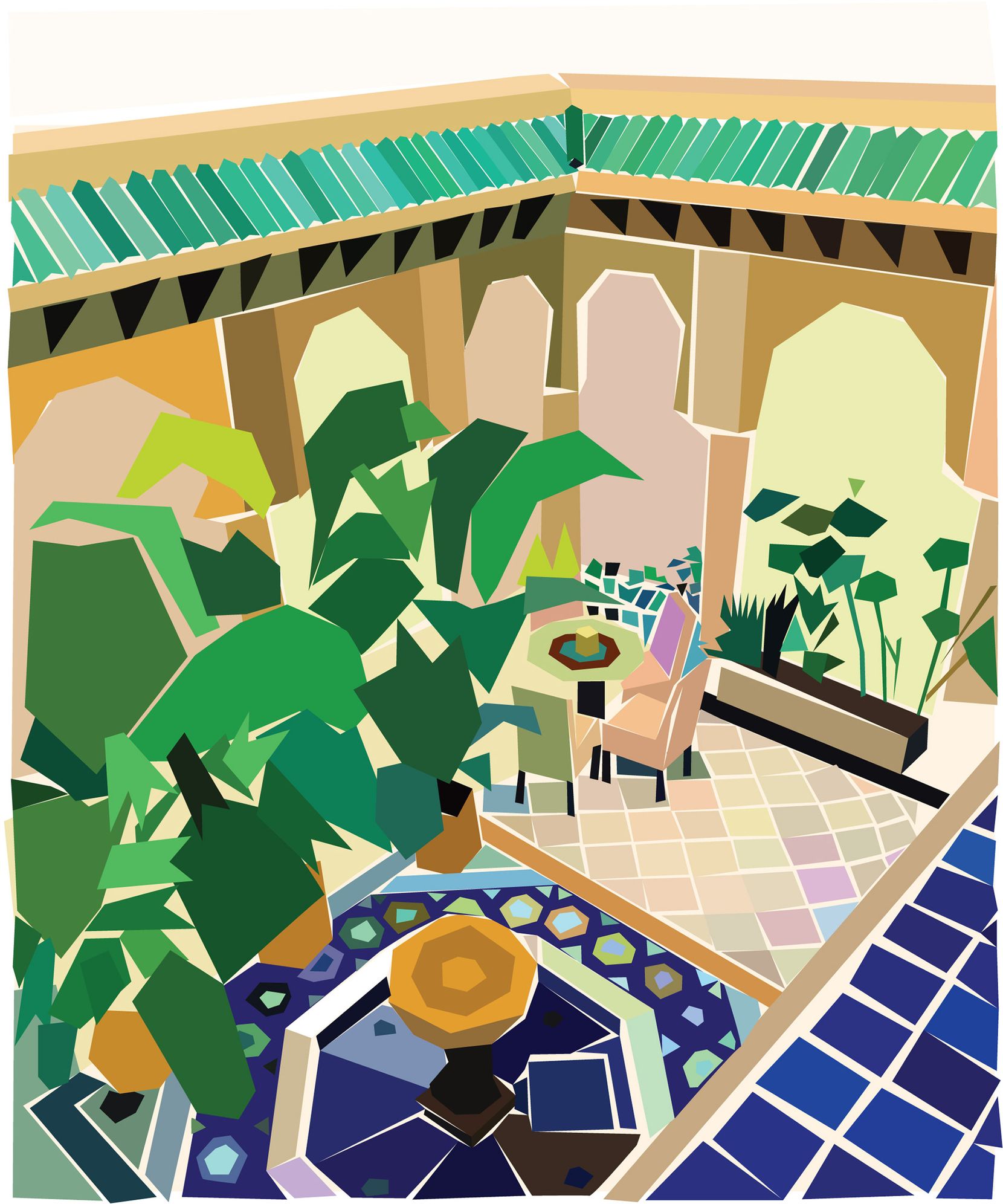 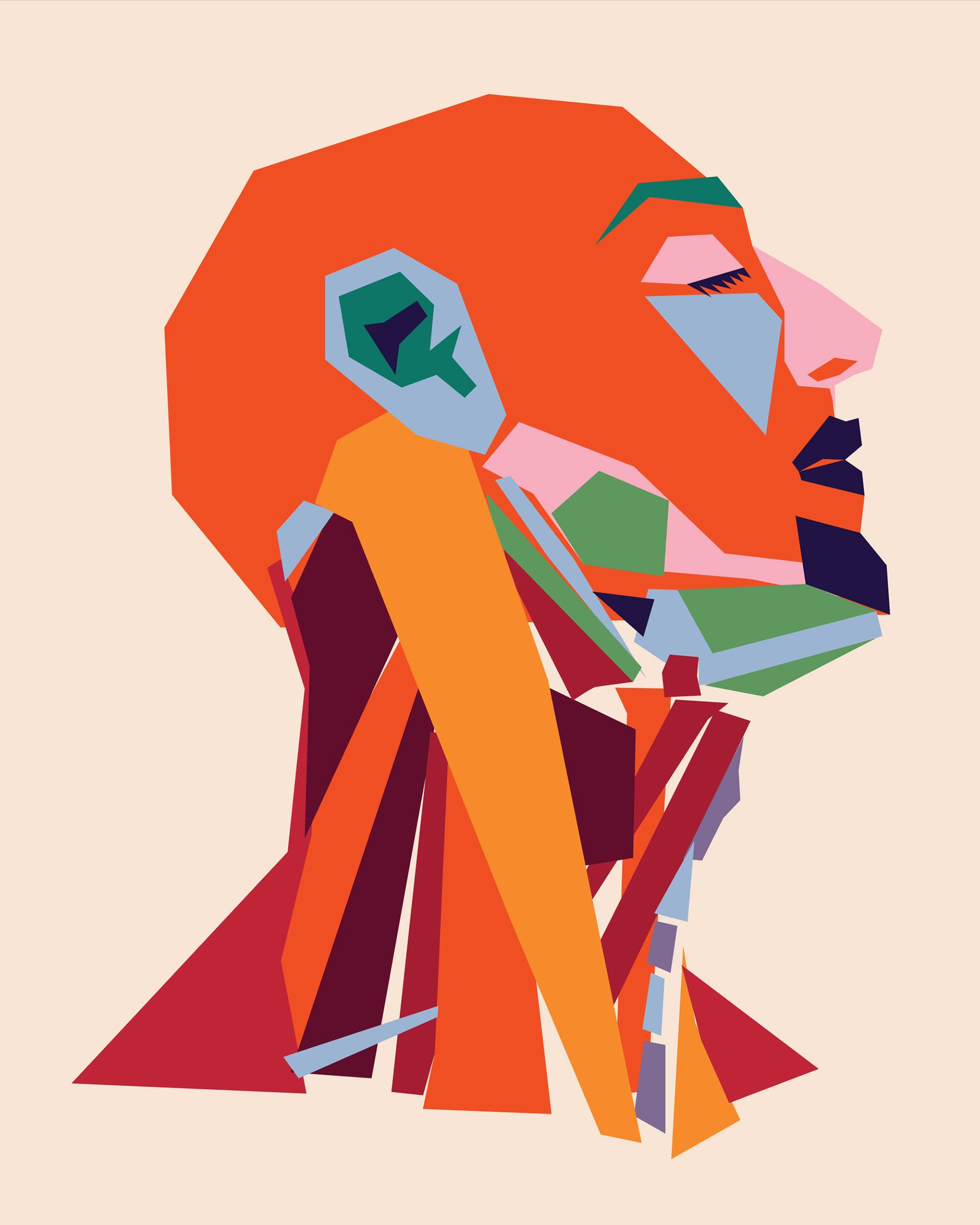 What project has showcased your artistic style the most?

I used to live in Boston, and there, at Boston Landing, I created this enormous mural of various athletic figures that was commissioned explicitly for my style. I’m usually stylistically adapting to the client’s needs in one way or another, so this was an amazing opportunity to create something that was very authentically me. It’s also the largest piece I’ve ever created so that just added to the excitement.

What advice do you have for creative people who want to pursue their passion as a career?

There’s a famous monologue from Ira Glass about the creative process. One bit of it goes, “Everybody I know who does interesting, creative work, they went through years where they had really good taste and they could tell that what they were making wasn't as good as they wanted it to be.” He emphasizes how important it is to push through that and not quit because of that feeling. And I totally agree with that. You just have to keep creating art and putting it out there, even if you’re embarrassed by it or it’s not as perfect as you want it to be. If you get a critique, don’t take it personally, just take it as an opportunity to get better. Let it push you and motivate you. Art is hard work, and it takes a lot of practice to develop your creativity and talent.